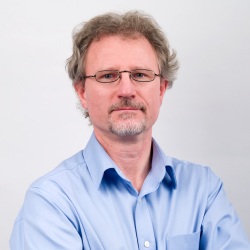 Michael worked for a Fortune 1000 company based in California. He took the job a couple years ago thinking he would easily get a promotion and become a manager, however, it still hadn’t happened. Michael wanted to take action and make his case rather than continue waiting for someone to notice him.

Michael and his coach started with these two goals:

What skills are needed to become a manager and where are Michael's skill gaps?

Michael and his career coach looked at the position he wanted and how it was different from his current one. Fortunately, the skill gap was not very great and he could overcome his skill gaps by taking on different leadership roles and projects at his company.

How does Micheal highlight his qualifications and get noticed as a potential manager?

Michael needed to re-brand his image as a leader rather than an individual contributor. His coach re-wrote his resume to focus on accomplishments rather than responsibilities. Together, they also pulled out many of the managerial experiences from Michael’s previous jobs. The last piece was to craft a list of goals that Michael would review with his manager on a regular basis. The list would articulate Michael’s ability to lead and manage others, at the same time, reminding his boss that Michael has his eyes set on a managerial position.

Michael was apprehensive about being “aggressive” but realized that he was going to be a good manager and just needed to make his desires known. After working with his coach, he also realized that his company needed his leadership and his management would be impressed by his approach to seeking a promotion. Michael is now talking regularly with his boss and making sure he’s meeting expectations and becoming management material in his eyes.

Get your free 1/2 hour consultation

Success is around the corner. Work with a career specialist to get there quicker!

I found the services at Wolfgang helpful and insightful. I can't imagine it being a better experience. I'm grateful for how she's (Melinda) helped me, and would recommend any friend to her.

Wolfgang is worth it.

After Stephanie helped me to sort out my resume and LinkedIn profile I almost instantly saw an increase in the amount of recruiters contacting me.

I got a call Tuesday morning after the interview from their recruiter telling me they wanted to move forward with an offer! Not only that but there were six teams who wanted me to join them. Thanks so much for your help in preparing me.

This fresh perspective and coaching is exactly what I needed to get through multiple rounds of interviews with a company and get the job I wanted. If any of this is what you are experiencing, I highly recommend Stephanie.

I was able to catch myself and implement the things we talked about in our meeting. I met with 5 managers, and 2 technical employees, which should have been really nerve wracking, but I passed with flying colors.

As a self-employed Realtor, I recently found myself experiencing another round of growing pains in my business. Amy was the perfect choice for this type of business coaching.

While the price tag may seem high, it is very worth it. These are the skills that (unfortunately) universities do not teach you.

The interview went great, and I never thought I'd be able to be so calm in an interview.

First, I would have to stress how effective her approach was for me. Amy is very high energy and she cares. I could tell from my initial meeting that this was someone that genuinely wanted to help me and she was going to put a good deal of energy into the process. I was inspired as a result and ready to get to work.

I feel like I'm finally getting to live out my passions.

Just wanted you to know... I just got a verbal from Microsoft!!! Thanks so much for your guidance. This is a tremendous outcome and an affirmation of my investment in you.

I was going about my job search in the wrong way prior to working with Stephanie, and after just a few sessions, I was able to find an incredible job opportunity with a Fortune 500 company.

I've had a great experience working with Michelle Poole, who was one of the people instrumental in helping me feel more comfortable moving to Austin, TX.

Scott's expert coaching was positive and provided me with a plan that I was able to execute to obtain the results I was seeking.

I have been working as a Product Manager for the past two months! I just wanted to thank you, and let you know that I'm still cherishing our time together.

Thank you SO much for your invaluable assistance with my resume and LinkedIn profile. I couldn't have done it without you!

I also need to say that I had experienced two other career coaching firms prior to meeting Amy. Comparatively speaking, I received terrific value for the money and time I invested with WCC.

In short: I look forward to continue working with Michelle and others at Wolfgang Career Coaching as my career adventures continue.

I just accepted an offer and I know that without all the exception, informative guidance I got from Scott I would still be searching for a job. He was extremely motivating and resourceful!!

I would like to finish by mentioning that all of out sessions were done over the phone and web meeting, and that worked very well. So, for those who are remote to Austin: no worries. You will have the same service level than if you would be face to face.

Melissa helped me build the confidence I needed to interview well, she helped me build a list of my most desired companies to work for, and she gave me new networking techniques that got me multiple interviews. I ultimately got a position at one of my top companies, where I'm very challenged and much happier.

Stephanie, thank you so much for what you do. Job hunting is hard, but having someone there to guide you and cheer you on is a priceless blessing.

I honestly could not have been offered this career opportunity without the assistance of Wolfgang Career Coaching.

I agree with some reviewers that it's expensive but I see it as an investment in yourself. I've read several job-hunting self-help books and done online self-assessments, however, sometimes you need an outsider to talk to you and give honest feedback.

The LinkedIn counseling was a pleasant, eye-opening experience that I hope gets me noticed for the right jobs. Thanks Scott!

I received the LinkedIn consultation and immediately saw positive results.

Candace Avila worked with me and she was very helpful. She provided me with a wealth of useful information.

I was coached by Scott Kukowski. He was fantastic.

I loved working with Michelle Poole at Wolfgang!

I soared through 2 rounds of interviews for the position I was seeking and not only got the job but got a higher salary than I ever though possible. CANNOT PRAISE WOLFGANG ENOUGH!!! THANK YOU!!!

I now work for a company that I'm very proud to be associated with and couldn't thank Melissa more for all her help.

I have to say that Scott provides invaluable recommendations and tips. I learned so much during the last 3 weeks!!

With very little notice, Melissa agreed to meet me after business hours on a Friday evening in order to help me prepare for the interview. A week later, I was hired for the position of my dreams. I cannot thank Melissa enough or emphasize how grateful I am to Wolfgang Career Counseling. I feel certain that I would not have performed as well without their expertise.

Scott is a very friendly and funny person, but he is also really great at being able to provide you tons of useful material in a short session. I would certainly recommend Wolfgang career coaching for those looking to ace their next interview regardless of what industry you are at!

Please consider using Wolfgang Career Coaching. You will learn so much, and it will change your odds of getting the right kind of professional exposure.

Michelle at Wolfgang career coaching was deeply committed to helping me and was instrumental in the shifts that started to happen in my life. I am very thankful for the opportunity.

Do yourself a favor in the new year and hire a career coach.

Thanks to my work with Scott, I know exactly what I want to do and how to get there, and I also know how to look for work as I move through my process.

Scott was very knowledgeable and super easy to work with. On top of that, he's just an all around nice person so you'll enjoy working with him no matter which package you choose.

I found him to be very receptive to a myriad of questions I had both in person and via email between sessions.

I followed Amy's advice every step of the way, even though some of it was outside of my comfort zone. Not only did I get hired for the new role, I was able to increase my pay rate by 40%! THANK YOU, AMY!

Without Scott I'd still be sitting at my desk wondering what I should do. Highly recommend!

I started with Amy Wolfgang in the midst of a career crisis at an employer that was sucking the life out of me. Her positivity, willingness to question my assumptions, and true pleasure in helping people helped me overcome a tough time in my life, while learning a lot about myself.

It was definitely money well spent and I'm so happy with the outcome. I'm now in a new position, with the same employer, but in a role that fits what I enjoy doing and my expertise. I was lucky enough that it came with a pay raise to boot!

This was just what I needed to elevate my career to the next level.

I absolutely loved working with Stephanie as my career coach. I was so impressed with how thorough the process was and how the program was tailored to my specific needs as a client..

I had a great experience working with Scott K. He took the time to work with my on my resume', LinkedIn profile and some interview skills. I'm really confident now about having these key pieces up to date and on par with what recruiters and hiring managers are expecting in today's market place.

Scott, did a wonderful job helping me improve my resume and LinkedIn. Please take his advice because it will help you!

Immediately after I finalized my resume and finished tweaking my LinkedIn profile, I, literally, received two legitimate messages from recruiters.

I interviewed with four people over about four hours and the very first request (predictably) was "tell me about yourself". I felt very prepared for that and I think was able to answer just as we had practiced.

I would recommend Scott and the Wolfgang team to anyone looking to up their game and get ahead of the competition fighting for your next job.

I started getting hits from recruiters as soon as I updated my LinkedIn profile. And being able to send them my updated resume made the hiring process so much better. I have had to turn down 2 other jobs since accepting the one I start next Monday.

You literally helped me transform into a highly marketable candidate, whereas before I wasn't getting any bites from recruiters and wasted a lot of time.

I want to say thank you so much for your help in guiding me to the type of jobs that would be in my wheelhouse. 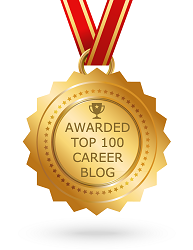